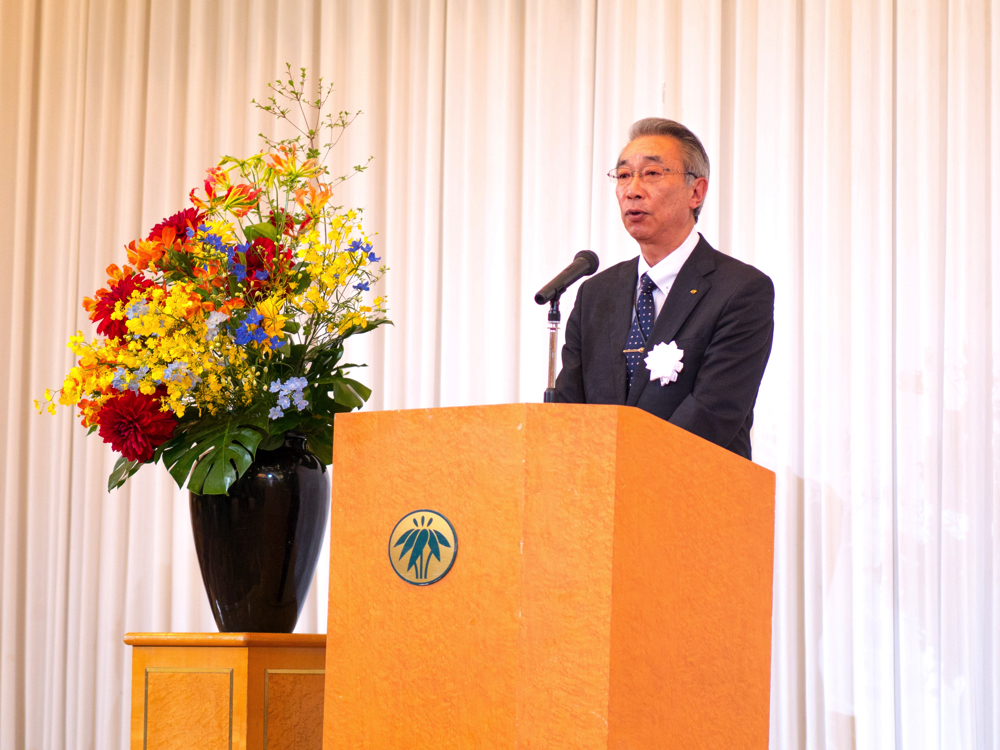 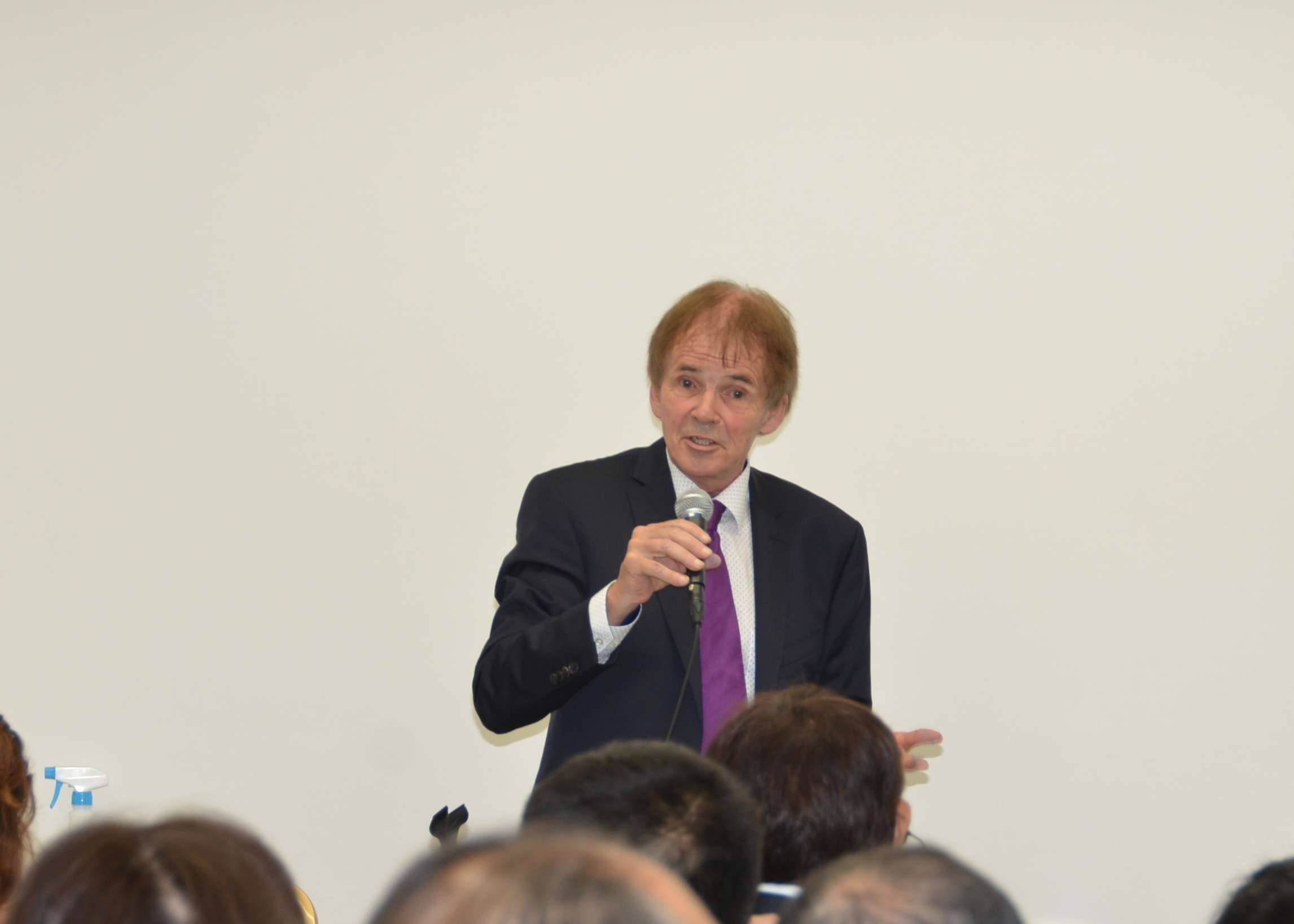 It was sunny day with early summer sun shine.
2000 educational professionals gathered there from all over Japan and they were smiling.
At 10h05 on June 8 1947, Chairperson Kyuzo Iwasaki declared the opening of JTU inaugural congress.

At this 70 years’ anniversary, JTU held a reception on June 8 for looking back our history and forward further progress. President Yuichiro Izumi greeted the guests and expressed to pursue education which realized children’s best interests. He emphasized JTU’s 70 years has been going forward with respecting Japanese Constitution.

Education International (EI) General Secretary Mr. Fred van Leeuwen said “so much of our world exists today because of what was born out of your classrooms, what began with your union and its teachers, and we are all better for it”. He presented the union with EI’s “Certificate of Commendation”.

Mr. Obayashi (95),who has been JTU member for 70 years and served as executive board member, played ‘Midori no Sanga’ with shakuhachi. The participants sang together and closed the reception.

Mr. Fred van Leeuwen made an address for the representatives of JTU affiliated unions on June 9. He described “today we are in the middle of a crisis challenging the resilience of our democratic institutions, a crisis also, if you will, of half-truths and outright lies.” and emphasized “one of the best ways to confront these turbulent times is to invest in those who work to impart truth and instill democratic values: the teaching profession”.

The participants reaffirmed EI’s success that “influential organizations such as UNESCO, ILO and OECD, as well as a growing number of internationally renowned academics, are closing ranks with Education International.” We recognized that learning international movement was necessary to fight on domestic issues”.

After the address, he met and exchanged views on educational issues with several Diet members of the Democratic Party, including former Education Minister Mr. Hirano, Ms. Makiyama and Mr. Nataniya.

Japan Teachers’ Union will go forward with our slogan ‘Never send our children to the battlefield.’